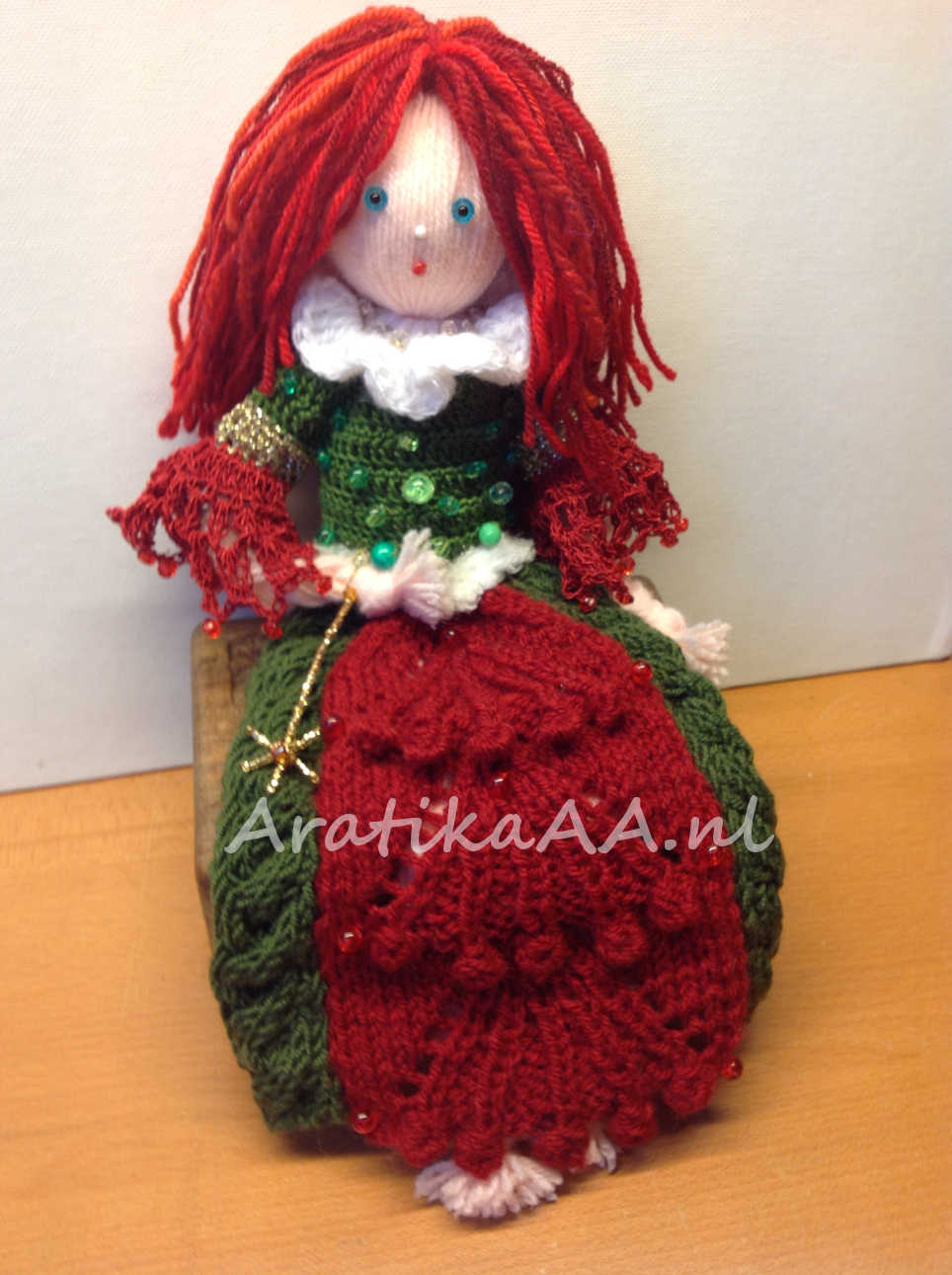 A detailed pattern to make your own Christmas Fairy is available via Ravelry.

She has told me her name is Rouska, which I understand is a common name for red haired fairies among her fairy folk.

This fairy folk has an ancient understanding and cooperation with flying animal species such as geese and doves and such. This has been the cause for this fairy folk to have only the rudiments of wings and so rudimentary in fact that they are not visible at all unless x-rayed. This will reveal the extra boney structure on either side of the fairy folks’ spines at shoulder blade height.
Flying by bird as a means of transport is preferred for long distances in particular as they enjoy seeing the earth from above.
For shorter distances this fairy folk prefers another mode of transport, which they refer to as the “poof” mechanism. By this means they are able to replace themselves from one spot to another in the blink of an eye, leaving only a puff of fairy dust in the original location.

Fairy Rouska was much intrigued by the surroundings she found herself in when her carrier pigeon had to land near my house during a storm. She has kindly agreed to spend Christmas with us while the pigeon recovers enough from its fatiguing exertions. They hope they will be able to continue their journey home in the new year.

She does not enjoy being photographed but sat for these photos graciously albeit with trepidation.